Future treatments for AMD – what’s on the horizon? 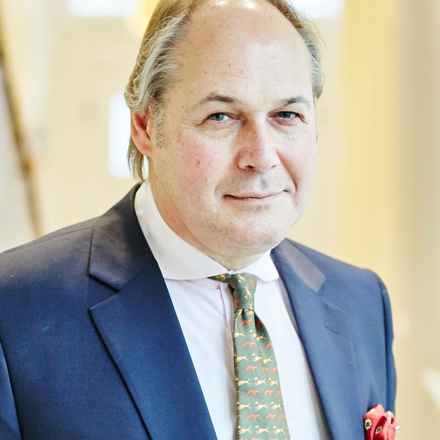 Whether you have wet or dry age-related macular degeneration (AMD), there are lots of reasons to be optimistic about options for future treatment.

Currently, there is no treatment for dry AMD but with lots of trials underway consultant ophthalmologist Professor Paulo Stanga, pictured, said this was a very exciting time for research.

He said: “Not only can we very successfully treat wet AMD, but we can offer patients with dry AMD participation in clinical trials, to try to slow down the progression of the disease.”

So, what treatments are on the horizon?

Professor Stanga has looked at the progress being made in research and the possible treatments to watch out for, including stem cell and gene therapies.

Valeda: The Valeda photobiomodulation technique uses three wavelengths of light to stimulate the enzymes within RPE cells and keep them healthy for longer. Its effectiveness is currently being assessed in clinical trials and it has yet to be considered by the National Institute for Health and Care Excellence in England and Wales for use in the NHS.

2RT System: The 2RT system uses a nonthermal laser. Instead of heating and sealing off blood vessels, this technique improves permeability of Bruch’s membrane, so waste products are drained away and deposits called drusen are reduced. The LEAD study showed promising results, but more research is still needed.

APL-2(pegcetacoplan): We now know that dysregulation of the complement system – part of the immune system – is at least part of the cause of dry AMD. It works through a complex ‘cascade’ of chemical reactions, each one setting off another, so several drugs are being used to break the chain at different points. In particular APL-2 slowed the pace of damage, and worked even better after the first six months. More research into safety and efficacy is happening now. But if stopped at 12 months, growth rate increased again, so there’d be a need for continuous treatment.

Zimura (avacincaptad pegol): A trial of Zimura, which works further along the same chain, also appeared effective after 12 months, and is being tested now over two years.

Gene Therapy: Gene therapy is the introduction of genetic material into cells to compensate for abnormal genes or to make a beneficial protein. Three trials are testing a gene therapy called GT005 as a one-off treatment. If it works, it would effectively teach the eye to produce its own therapy and rebalance an overactive complement system. This is really exciting: I can envisage a world where this treatment is carried out while sight is still good, as a short surgery that patients recover quickly from.

Stem Cells: Other trials (currently at an early stage) are injecting thousands of new eye cells developed from stem cells in the hope of replacing those damaged by macular disease. It appears that there’s no improvement for the people with the worst vision at the start, but some others are able to see more detail, and their RPE and drusen look better.

Current drugs for wet AMD only treat the leaky blood vessels. A new drug called faricimab does this as well as reducing damaging inflammation and preventing scarring that can also cause sight loss. It’s designed to be injected every 16 weeks, so patients could keep their sight stable with only four injections a year.

To hear more about this research listen to Professor Stanga’s talk at the Macular Society Conference 2021.