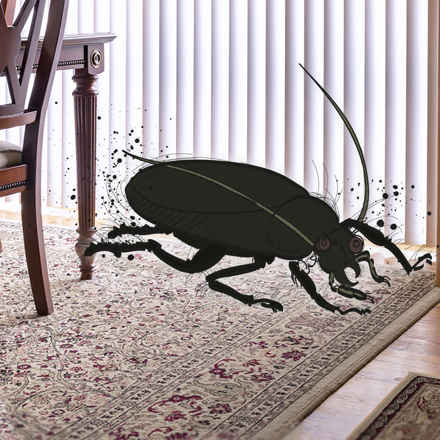 In next week's episodes, a character called Johnny Connor, will admit to having the hallucinations which are caused by sight loss - helping to raise vital awareness of the condition, which often leaves people unnecessarily worried about their mental health.

Viewers of the programme will learn more about CBS as the character admits to seeing things such as mice, cockroaches and a ginger cat.

The character, who has multiple sclerosis in the programme, has started noticing a deterioration in his eyesight due to his condition.

The actor playing Johnny Connor, Richard Hawley, spoke to the Sun about the storyline.

He said: "Once you have a diagnosis of Charles Bonnet syndrome things can get a little better simply because you know what it is.

"What happens is your brain makes up images because it is not getting enough information because of reduced eyesight. There is no attendant feeling of anything else. It is just simply hallucination, it can be an unpleasant one or it could be a pleasant one or both."

Before taking part in the storyline, Richard said he had never heard of CBS and he and his team worked closely with charity Esme's Umbrella to further understand the condition.

He said: "It is incredibly important to do the research and find out as much as you can, for me it is one of the most interesting parts of the job that you get the opportunity to speak to these people and learn about things you were either unaware of or knew very little about.

"You have a responsibility to the people who are going through it for real. They always bring something surprising to the table. I spoke to a remarkable lady called Nina Chesworth who has it, she has a family and is also a visual artist."

Charles Bonnet hallucinations can range from simple flashes of light, colours or shapes to more disturbing images such as disembodied faces and strange figures.

Up to half of all people with macular degeneration are thought to experience Charles Bonnet Syndrome at some time.

The Macular Society provides support to anyone experiencing Charles Bonnet Syndrome. For more information about our services, which includes telephone support groups for a chance to connect with others affected, contact our Advice and Information Service on 0300 3030 111.