Home » Who we are » People we help » Matilda's story

We didn't even know what macular disease was 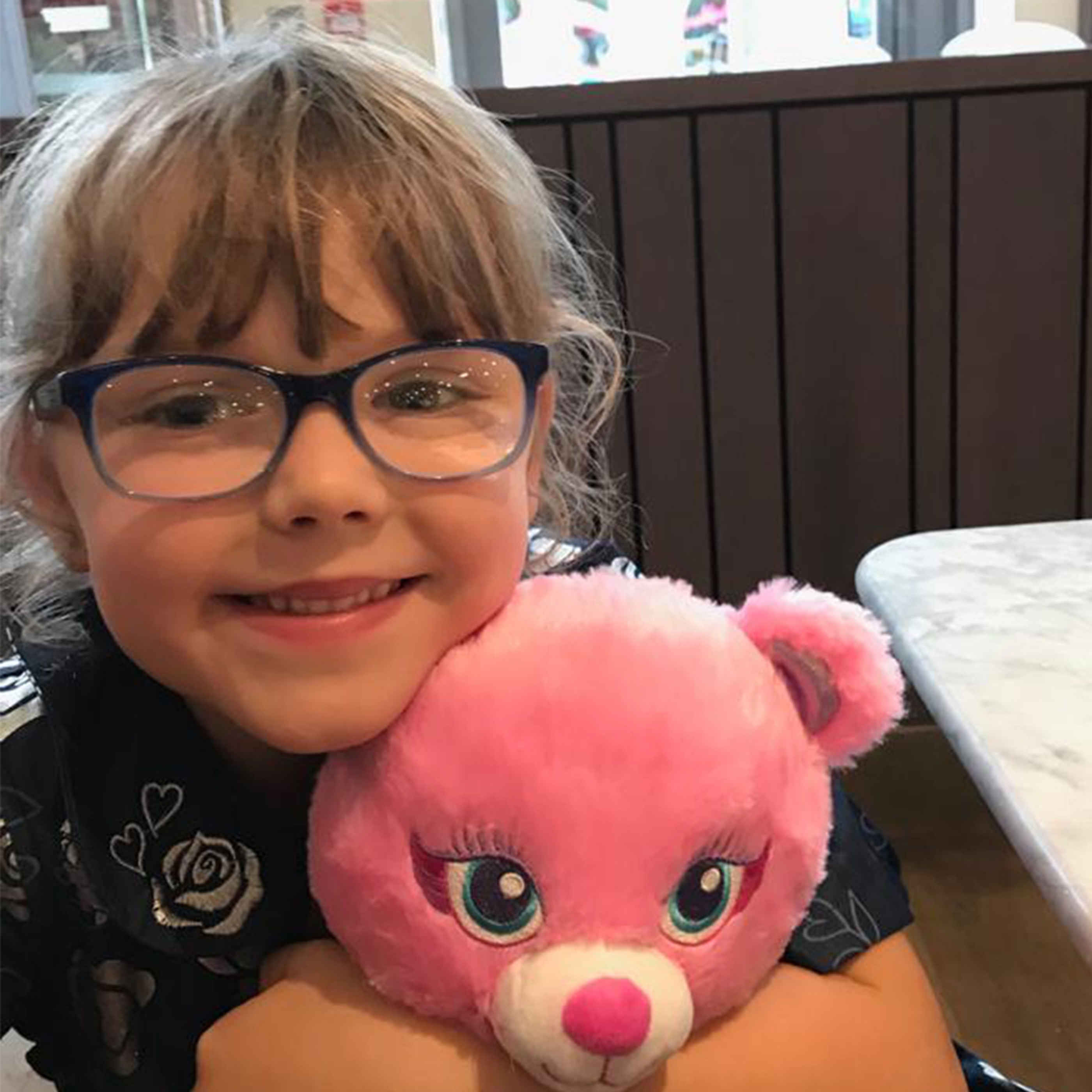 "My daughter Matilda was 3 when she was diagnosed. We thought it was something that only happened to the elderly. We were referred by the optometrist to a consultant who said “there’s something wrong with the macula.” And just like that, at 3 years old, my baby started having injections in her eye.

“Not many people as young as Matilda are being diagnosed. She’s 7 now and she’s so brave – just takes it all in her stride. In her right eye she’s got limited vision. She has peripheral vision but the centre is quite blurry. The left eye is quite good for now, but what if that starts to be affected too?

"We didn’t even know what macular disease was. Since Matilda was diagnosed we’ve all had genetic screening and it turns out I carry the gene and so does my mum. My 4 year old son is being tested – what if I’ve passed it on to him too?

"It’s just the guilt that's associated with that. For the first few weeks after we found out all I thought was ‘it’s my fault’.

"We’d love for something to be done. We’re not expecting a cure, we know that may not happen for years but if something could be done to save what vision she’s got that would be amazing. We keep thinking she’s only seven, so maybe something will come up in her lifetime."