‘I won’t let my eye condition stop me’ 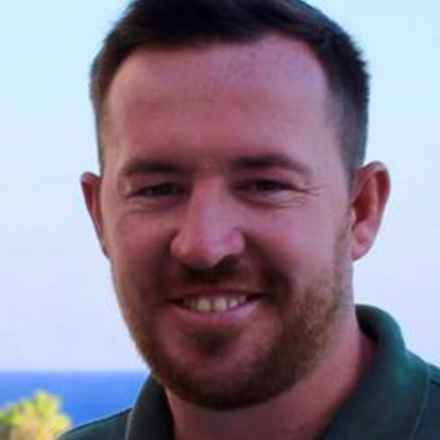 A 30-year-old postie, recently diagnosed with retinal vein occlusion (RVO), will be taking on the Great North Run for the second consecutive year to focus on things he can still do after losing his sight in one eye.

Paul, who is also deaf, was 29 when he was diagnosed with RVO - a condition which more commonly affects people twice his age.

After a series of injections, which took place every four weeks for nine months, he was told nothing further could be done and he would not get his vision back in his right eye.

“My outlook on life is just don’t take anything for granted,” he said. “I never expected to lose my eyesight but I’ve gone from 20/20 vision in one eye to literally nothing. My advice is enjoy every moment and don’t waste a second.”

The cause of Paul’s condition remains a mystery and doctors can’t offer any clues as to what has caused it. But his condition is now considered stable and Paul said he was able to get on with life. "I just have to accept that I’ve been unlucky," he said.

Paul admits he has always been ‘strong-willed’ and won’t let his vision loss or deafness stop him from doing anything be wants.

This will be the second time he’s taken on the Great North Run, but the first running for the Macular Society. He found out about the charity through his RVO diagnosis, and wants to raise more awareness of the work it does, to help others at the beginning of their own sight loss journey.

“I first took part in the Great North Run last September doing the changed route due to Covid-19,” he said. “I didn’t do any training for that run so I’ve learnt my lesson!”

“For me it was about not letting my eye condition stop me doing things that I wanted to do. I didn’t want to feel different to anybody else or be treated any differently, so for me it was for self-belief more than anything – that comes in handy to lose the beer belly too!”

He added: “I’ve been training for the past three months now and I’m thoroughly enjoying it. I took part in the Gateshead 10k run earlier in the year and that was a nice warm up.”

The Great North Run takes place on Sunday 11 September. To support Paul, visit his JustGiving Page and donate if you are able to.

Or, if you’ve been inspired to fundraise for the Macular Society, visit our Fundraising and Events webpage to find out how you can Beat Macular Disease.