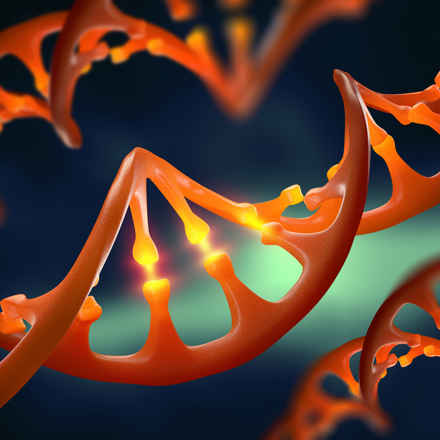 What is the problem?

Doyne honeycomb dystrophy is an inherited macular disease affecting young adults. Currently there are no treatments for those with this condition. The disease is caused by a faulty gene, which holds the instructions to make a protein found in the eye. As the ‘recipe’ for making the protein is wrong, it doesn’t work correctly. It damages and ultimately kills the cells in the macula. This means that patients with Doyne honeycomb dystrophy lose their central vision.

What are they doing?

Dr van der Spuy and her team want to use a type of gene therapy to ‘switch off’ the faulty gene. Using a technique called antisense oligonucleotide (ASO) therapy they hope that they can stop the faulty protein being produced. As Doyne honeycomb dystrophy is a dominantly inherited condition, one faulty copy of the gene in each cell is sufficient for a person to be affected. By blocking that gene working, this allows the healthy gene to do its job and keep the eye cells functioning.

How can this help?

Like many other macular dystrophies, there are no treatments available for Doyne honeycomb dystrophy. Therefore, it is important more research goes into finding things that can help. ASO therapy is a very new treatment for genetic diseases. It has, so far not been tested for many macular diseases. So, if this works on patients with Doyne honeycomb dystrophy, it may lead the way for more treatments for dominantly inherited macular dystrophies, such as Stargardt disease and some Bestrophinopathies.

See our other projects